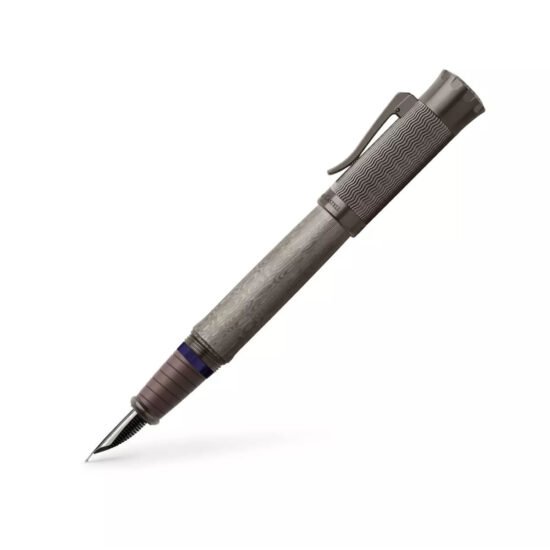 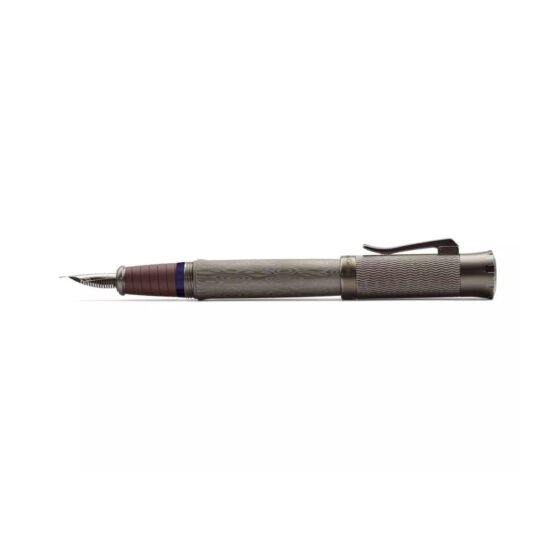 Every year we celebrate within the Graf von Faber Castell-Collection a special highlight: the Pen of the Year.
As you know, each edition tells the tales of eras and peoples whose deeds shaped the history of humanity.
2021 is an extraordinary year as the Pen of the Year is inspired by medieval knights!

The Pen of the Year shows another aspect of knightly armor: the coat of mail, consisting of around 20,000 steel rings and weighing several kilos. The slightly ribbed cap of the Pen of the Year is reminiscent of this filigree structure. The matt, anthracite surface is finished with a resilient PVD titanium coating.

In addition to military virtues, such as honor and courage, the knights were brought up to embody decency, humility and modesty.

For this reason, knighthood is still highly regarded today. The tradition of knightly accolades, for example, is a ceremonial event that has been preserved in the United Kingdom to this day.

Arthur had a trick up his sleeve to encourage a knightly bond: in order to avoid disputes about the best seat at the table, he introduced a round table, where there was no hierarchy between the knights. The knights who had a place at the table, now renowned as King Arthur’s Round Table, were his most trusted companions. Among them were Lancelot – the most famous of the Knights of the Round Table – and Arthur’s faithful nephew Gawain, who can be seen in the picture.

The size of the round table stated in different sources varies between 12 and thousands of knights. According to Sir Walter Scott, there were only 16.

Find a lower price within 24 hours in Europe, of buying we'll refund you 100% of the difference.